Another Sunday night, another last minute blog post amidst a wicked case of the Sunday scaries. My current strategy to combat the scaries is watching this 80s aerobics video that was dubbed over with Taylor Swift’s Shake it Off … with my parents. This comes after I spent two and a half hours this afternoon listening to 1989 on repeat driving from Bahhston down to the ghetto hood of Connecticut that I like to call home sweet home. Because I would rather rub jalapenos in my eyeballs than get on a plane to travel during Thanksgiving week. So I’m back in the hood tonight, and then taking the Amtrak to lovely downtown Philly tomorrow morning. Because nothing says “I’m a super grown up business professional” like having your dad drop you off at the train station to go to work in the morning.

So this week I came home from Philly late Thursday night, wahoo. And have not stopped doing things since I got up at 6am on Friday morning. Needless to say, I am hashtag exhausted right now. But it was a good weekend. More details and photo documentation of the fun-filled weekend at the end of this post. Last night my friend Sarah hosted her second annual Friendsgiving in the burbs. I was in charge of stuffing and, of course, the dessert. Last year I brought my slutty cheesecake bars which were a huge hit, so I already set the  bar high. Plus, all of the dinner attendees last night were my former Sapient coworkers so they have been in cookie withdrawal for a few weeks. So I knew I was basically walking into a scene from Twilight where the vampires could smell the sugar as soon as I walked in. First I made some browned butter rice krispie treats, because those are always a hit and my friend George goes bananas over rice krispie treats. So I started thinking back to some of my old go-to Thanksgiving time recipes and I remembered I used to always make these easy Pumpkin cheesecake bars that people would always go bananas over. And since I have yet to post that recipe on my blog, I figure no time like the present.

These bars are great to make a day in advance or the morning of an event because they need some time in the fridge to really set. I was also doing eight hundred other things while making these yesterday, so apologies for the lack of creative photos tonight.

Step 1: Preheat the oven to 350 degrees. Coat a 13×9 glass baking dish with non-stick spray. I also recommend lining it first with parchment paper, which makes these easier to come out when you’re cutting them at the end.

Step 2: In a large mixing bowl, on low speed, combine cake mix, 1 egg, melted butter, and 1 teaspoon of pumpkin pie spice until crumbly. Press onto the bottom of the prepared baking dish and set aside.

Step 3: In another large mixing bowl, beat the cream cheese until fluffy. Gradually mix in the sweetened condensed milk, two eggs, pumpkin, vanilla extract, and 2 teaspoons of pumpkin pie spice. Mix well until there are no lumps. Sometimes if the cream cheese isn’t soft enough, you will need to strain the mixture to get out any of the lumps, which I had to do because I am impatient.

Step 4: Pour the mixture over the crust and bake at 350 degrees for about 30-35 minutes until set. Let these cool in the fridge for a few hours until they are set and ready to cut.

Step 5: To make the optional cream cheese glaze, beat together the softened butter, cream cheese, milk, vanilla extract and SLOWLY add in the confectioners’ sugar (or prepare to get a face full of sugar dust). Beat on a high speed until smooth and there are no lumps. Once the pumpkin bars are cooled, drizzle this over top with a fork. I got lazy and just poured it over, which made them a little messy, but #yolo. You’ll have some leftover that you can store in a Tupperware in the fridge for other recipes. (or midnight snack sessions).

So while I did not do the best job photographing these last night, I am happy to report back that they were a huge hit at Friendsgiving. Big hit. We were all leaning back on the couch loosening up the ol’ belts after a big feast and then some of these pumpkin cheesecake bars to finish off the carb-fest … which was just preparing our bodies for this coming Thursday’s family feast.

A few highlights from Friendsgiving:

I was in charge of the stuffing this year. Which was great because I have always wanted to make my Grandma’s sausage stuffing, which has been one of my favorite dishes at the holidays since I was a little kid. So my mom emailed me her interpretation of the recipe which involved a lot of measurements like “3/4 of a handful.” This is a meaty stuffing with lots of ground pork and Italian sausage and fennel and deliciousness all around. I think Grandma would be proud of how this turned out.

This is Luna, also affectionately known as Pancake to me. Our trusty hostess with the mostess carving her prize bird. Living up to her nickname of Turkey Monster.The whole crew (plus me in the reflection).

And the night ended with lots of laughs with some Cards against Humanity. Such a nice night with good friends. And while I did not want to get up this morning for a 9am spin class, the dinner last night was totally worth the early morning wakeup call. My friend Jacqui and I tried out the Handle Bar spin studio in Southie which was an intense wakeup call this morning with lots of sweating and loud music and spinning. I probably burned off at least half of the pumpkin cheesecake I ate last night. Not to mention, Jacqui and I spent yesterday afternoon absolutely dominating a tennis match. Which was strange at the end when our opponents asked us why we think they lost? You lost because we got more points than you. 15 minutes earlier we’re yelling at eachother over a bad line call (by them) and now you want to get all chummy with me talking about the match? Get outta here. Take a browned butter rice krispie treat and hit the road lady. Womens tennis, jeesh.

Alright I need to wrap this up because Skip and I have to hit the road at 6am tomorrow.  This was my Monday morning commute view last week, and will be for most Mondays in the near future. It’s funny how it looks so peaceful in this picture, but meanwhile the plane is bouncing around like we’re on a trampoline. Ah the joys of consulting life.

Needless to say I was really happy to have this view on Friday working out of the Boston office. What a pretty city. So that’s it. I am sure I did more things last week, but I can’t remember at this point. So HAPPY THANKSGIVING. I for one am really looking forward to my post-turkey nap on Thursday afternoon. 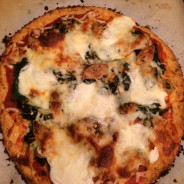